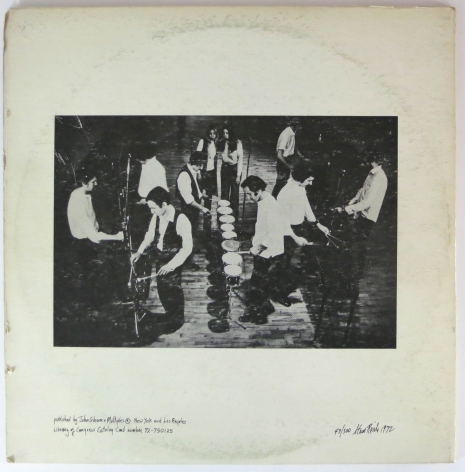 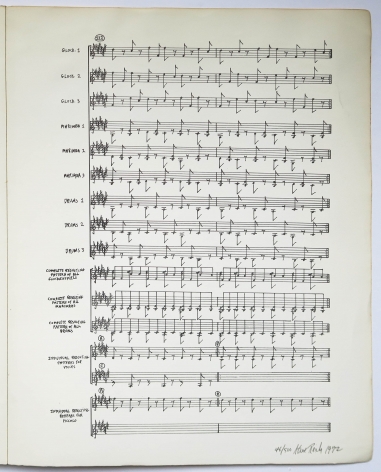 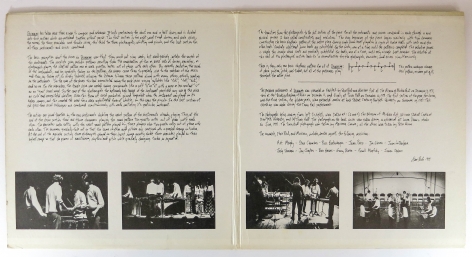 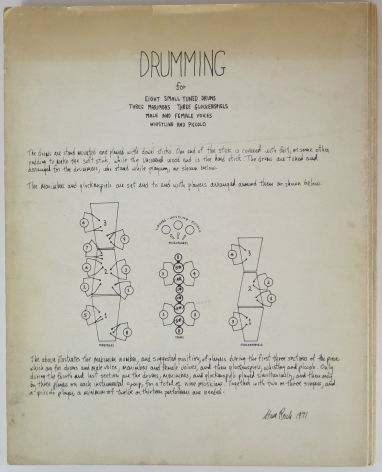 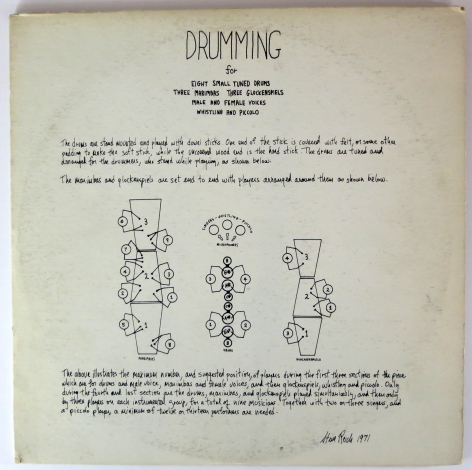 Minimalist composer Steve Reich created Drumming after a visit to Ghana. Drumming employs Reich’s signature technique of phasing which is achieved when two players are playing a single repeated pattern in unison, usually on the same kind of instrument. One player changes tempo slightly, while the other remains constant, and eventually the two players are one or a number of beats out of sync with each other. “In Drumming,” Reich states…. “We’re playing in unison and I pull away slowly, as slowly as I can, until I get one 16th note ahead. And we hold. And what you hear are basically canons, or rounds, like ‘Row, Row, Row Your Boat,’ except instead of a tune you’re hearing a pattern. Different people, depending on where they’re sitting, will hear different patterns. It’s like looking at a complex rug, and saying, ‘Hey, do you see that pattern over there?’”