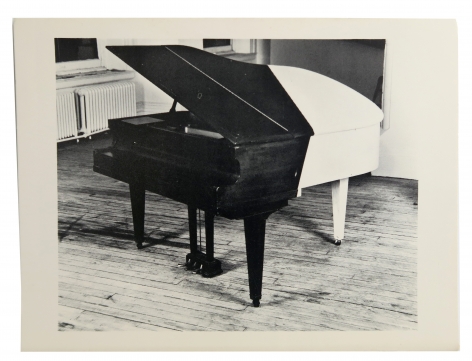 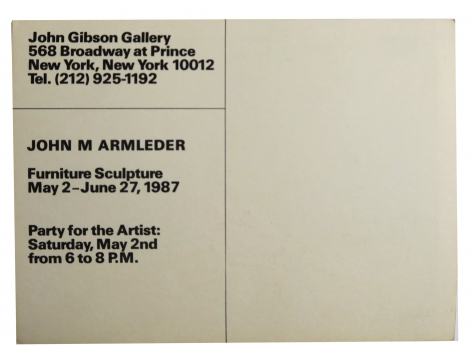 John Armleder is a Swiss performance artist, painter, sculptor, critic and curator. His work is rooted in Fluxus and the chance experiences of John Cage. Eluding any form of classification, Armleder’s pieces are generally characterized by their strong interconnectedness between life and art, and the appropriation of objects and quotes. Armleder  gained international recognition in the late 1970s for his Furniture Sculpture series. With this body of work, he brought together iconic examples of design and painting to reflect on the trivialization of the artwork as an ornamental accessory.

John Gibson Gallery was founded in New York City in 1967 by John Gibson (1933-2019). The gallery is recognized for the Minimalist, land art, arte povera, conceptual artists and European artists it represented and whose careers it helped launch. The gallery closed in 2001.