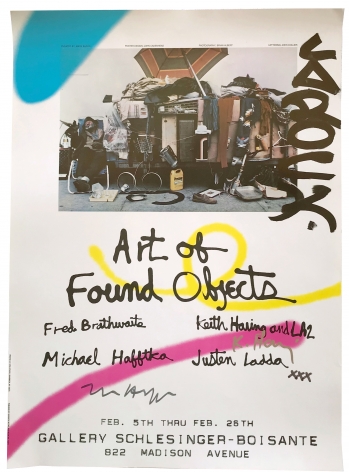 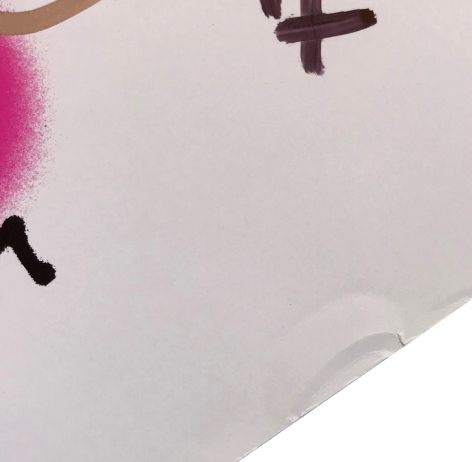 “Keith and LA II made a work for the show which is fairly well known now.  Of course, the idea of the show was art made using found objects. Keith and LA II found an old crumpled Checker cab hood and dragged it to Keith’s studio to make a work for me (Keith made a point of telling me that they dragged it for blocks to make the work). The other works by Keith & LA II were a radiator cover and a fiberglass sculpture, about six feet tall, of the statue of liberty. Work by Fab Five Freddy (Fred Brathwaite, a close friend of Basquiat) was a painting on a mattress.”_____Excerpt from gallery owner Elise Boisante