But his interest in rhythmic patterns continued. In “Drumming,” he said, a piece composed for a nine-piece percussion ensemble with female voices and piccolo, “We’re playing in unison and I pull away slowly, as slowly as I can, until I get one 16th note ahead. And we hold. And what you hear are basically canons, or rounds, like ‘Row, Row, Row Your Boat,’ except instead of a tune you’re hearing a pattern.”

Different people, depending on where they’re sitting, will hear different patterns, he said. “It’s like looking at a complex rug, and saying, ‘Hey, do you see that pattern over there?’” 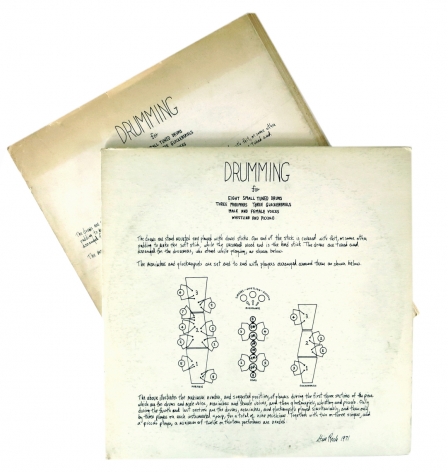