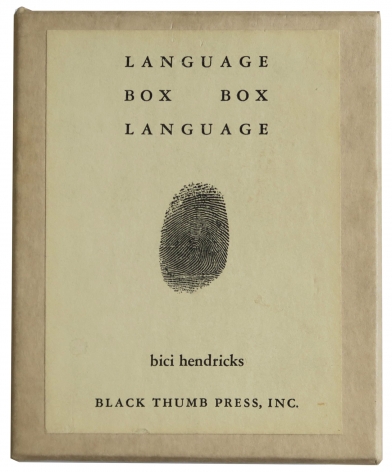 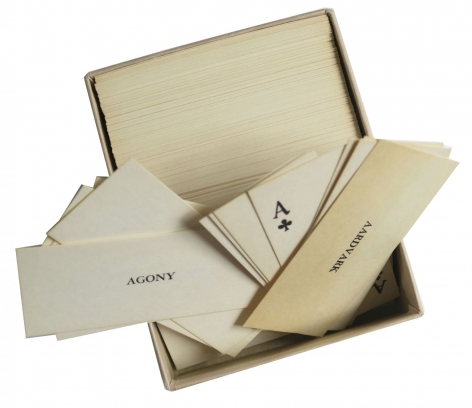 “For women artists associated with Fluxus, language was a site of aesthetic inquiry and play. The textual elements of many Fluxus artworks led to their inclusion in literary collections and underground magazines at a time when American art magazines did not devote much space to the group. In the little magazines of the 1960s and 1970s, work by Fluxus writers is presented beside work by the Beats, new poets of San Francisco, New York, and England, and visual poets from around the world, some of whom were also exploring the use of sound, images, and new technology in language arts.

Nye Ffarrabas, known then as Bici Hendricks, has described her book as a game without rules, invoking the “serious play” of children, who need no instructions to use a sandbox but simply start digging. The reader initiates his or her own process of creative synthesis, choosing to manipulate, arrange, define, or ignore the words printed on each side of the cards.”________Experimental Women in Flux, MoMA