Nam June Paik (1932–2006) worked in a variety of media and is considered to be the founder of video art. He elevated the common television to fine art making it a tactile and multi-sensory medium and object. Besides his notorious robotic works, Paik created drawings both on paper and in his multimedia sculptures and installations. Soon after his move to New York City in the 1960s, Paik met the cellist Charlotte Moorman (1933-1991), a central figure of the city’s avant-garde (the "Jeanne d'Arc of new music") and the two began a collaboration that would last until her death.

Composed of metal fragments, fabric, a data recorder, and a loudspeaker that plays recordings of speeches by John F. Kennedy, Robot K-456 captured Nam June Paik’s interest in merging popular media and technology with human traits. The remote-controlled robot has abstracted breasts and penis, moves on wheels and is programmed to periodically defecate beans. Paik showed Robot K-456 in several exhibitions and performances in New York throughout the 1960s. Several of those performances with Charlotte Moorman are captured in the photos in this edition, all shot by Peter Moore. In the 1960s and 1970s, Peter Moore (1932-1993) was the photographer of record for the documentation of the avant-garde art scene in downtown New York. 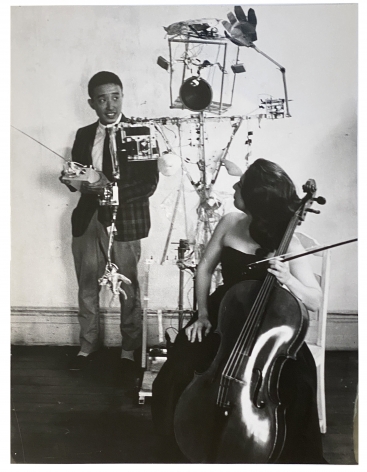 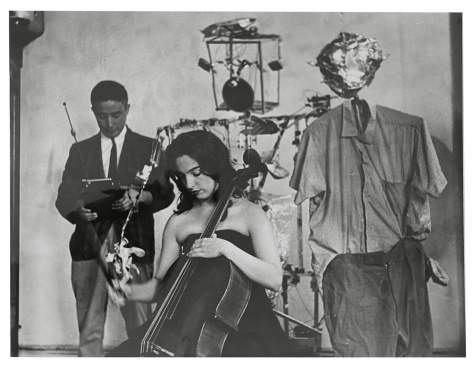 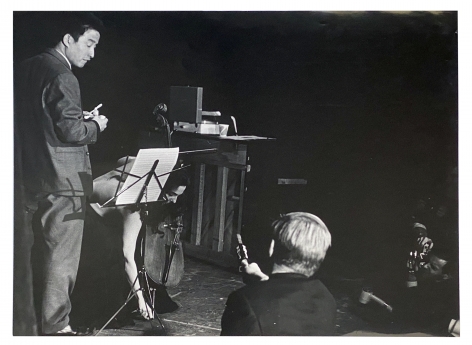